You are here: HomenextTopicsnextHeritage WalknextStop 02. All Saints Churchyard & Turvey House

On the right of our walk to the churchyard you will see the wonderful box hedges of Chantry House. These have a conservation order attached to them and are required to be “cloud pruned” in this style.

The Church is Roman-Saxon in origin, but the oldest part of the present structure is Saxon, built around 980 AD. Since then the Church has continually been developed with extensions in the 13th and 15th century and renovations in the mid- 19th century. We enter the Churchyard through a Lych Gate erected in 1856 and restored in 1925 in memory of the Hyland family, who were lost in a drowning accident off New Guinea in that year.

The door to the Church is made of oak and the ironwork is believed to be made by John of Leighton in the 13th century. The door has a magnificent key, 30cm in length. 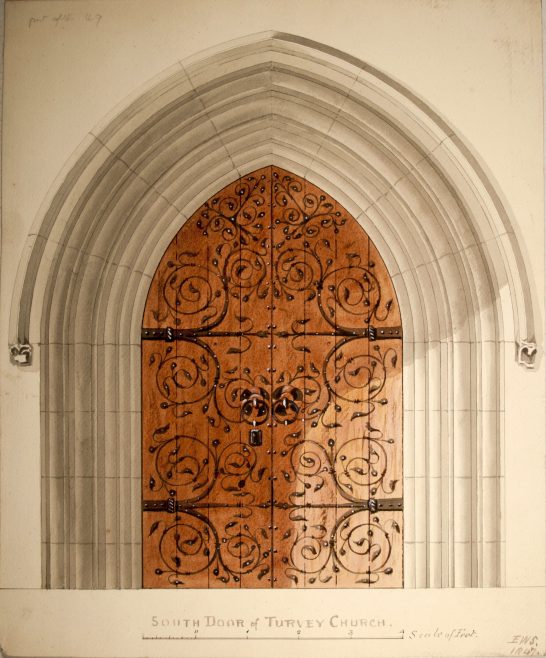 This tour will not enter the Church, but there is an article on this site which provides a historical summary of the interior. Among the many items of interest you will find are memorials to the Mordaunts and a fresco painting of the crucifixion.

The Church boasts a magnificent organ. The original organ was presented by Miss Anna Higgins of Turvey House in 1838, built by Messrs Hill and Davison. In 1846, Charles Longuet Higgins (1806 – 1885) of Turvey Abbey had the same company upgrade the workings of the organ, funded by himself and friends.  In 1852 Charles put forward a proposal for a major renovation of the Church interior, which included another new organ. His proposal was accepted and Hill and Sons, the leading organ makers of the time installed the organ in 1855 at a cost of £1600 (equivalent to  £220,000 in 2019). Charles was a very keen musician and, with the organ installed, introduced an annual two-week festival of choir music where choirs, local and from afar, came to perform. At the end of the festival the choirs would be entertained with tea at Turvey Abbey.

The extensive renovation inside the church was overseen by the architect, Sir George Gilbert Scott, who was heavely involved in the major restorations of medieval churches for much of his life as well being the architect of many iconic buildings such as the Midland Grand Hotel at St Pancras International Station and the Albert Memorial.

Further on we come to the entrance to the bell tower. The oldest part of the tower is Saxon and the oldest bell is dated 1682. The clock was presented to All Saints in 1893 by George Sargent in memory of his parents who lived in Church Terrace (Row).

A gap in the hedge provides a view of the Grade 1 listed Turvey House. Originally a single storey house built for John Higgins (1740 – 1813) and his wife Martha Farrer of Cold Brayfield (unknown – 1819) from 1792 to 1794. The architect is not known but the building is described as being of the Italian style with a Welsh slate roof. An interesting aside is that when John Byng (1743 – 1813) later 5th Viscount Torrington visited Turvey in 1792 he remarked

In this ugly Country, and adjoining the village, a largish house is building for Mr Higgins by the assistance of his brother, a rich grocer in London – with not one tree near it

Byng compared it to another property he had seen when a newly rich gentleman had also removed all the trees. In fact, most of the trees in the parish had been cut down by the steward of the previous owner, The Earl of Peterborough, for the purpose of marking out properties following Turvey’s Enclosure Act of 1783. The new owners would, in the future, plant acres of trees which, in turn, would cause problems.

The house was enlarged and rebuilt by Thomas Charles Higgins (1797 – 1865) in about 1830 and a second storey added. Further alterations continued including moving the front entrance from the River Great Ouse side of the house to the original back of the house and incorporating a staircase from the Great Exhibition of 1851. In 1931 when the house was rented out, it was described as having 4 reception rooms, a Billiard Room, 2 bathrooms and 21 bed and dressing rooms. The house has a beautiful walled garden and parkland, both of which are protected by conservation orders. The present (2019) owner is Charles Hanbury (born 1978).  The house and grounds are open to visitors at specific times during the year. 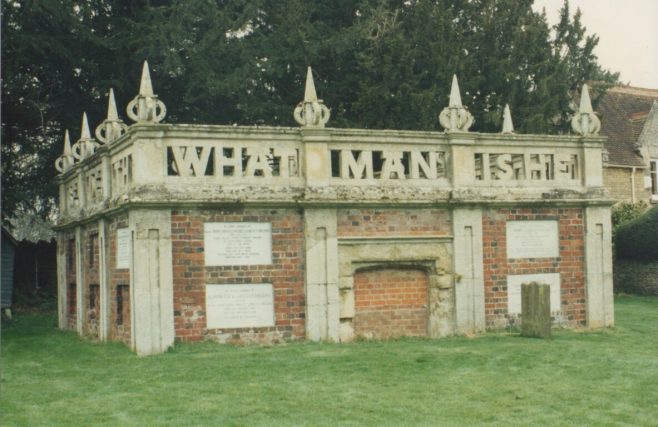 Continuing our walk around the outside of the church we come to the Grade II listed Higgins Mausoleum. Permission to build the mausoleum was sought by John Higgins (1768 – 1846) of Turvey Abbey in 1825 as a result of the Higgins family vault at Weston Underwood becoming full. It was built by John Warren. 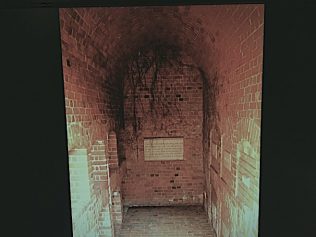 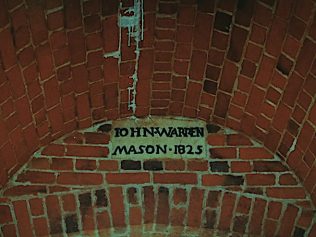 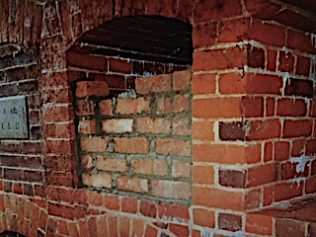 The mausoleum has been regularly used by the Higgins and Longuet Higgins families associated with Turvey Abbey. The first person to be buried here was Theresa Higgins, wife of John Higgins, on 5th September 1845.  The most recent was Professor Michael Selwyn Longuet Higgins in 2016. The earth by the steps is removed to give access down a longer flight of steps.

We now move on to Stop 3, Hogs Lane and the Three Cranes.

Location
My location
Get Directions
All Saints Churchyard & Turvey House