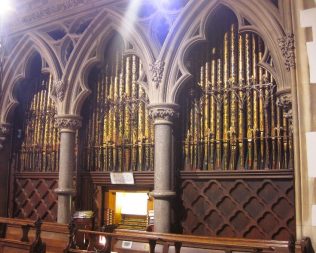 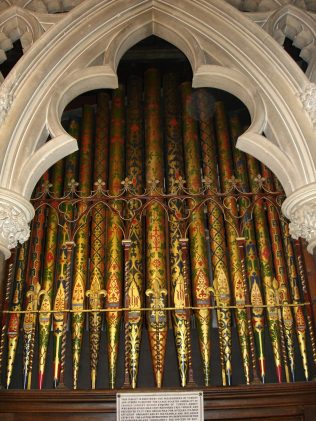 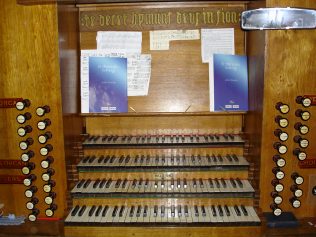 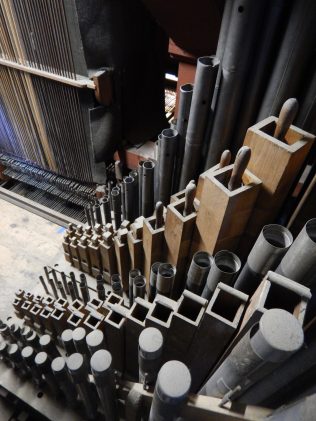 The First Organ Presented to All Saints

The original organ at All Saints, presented by Miss Ann Maria Higgins of Turvey House to the church in March 1838, was described in “The Musical World; a weekly record of musical science, literature and intelligence” thus:
“…built by Messrs Hill and Davison, …constructed on the German scale, the manuals extending to C, eight feet pipe, and having a separate set of pedal pipes. The beauty of its tone, and excellence of its mechanism, received unanimous approval.”

In 1847 a more elaborate three manual instrument was installed, paid for by Charles Longuet Higgins. Then in 1855, following the extensive remodelling and enlargement of the church by Sir George Gilbert Scott, Charles presented a new and even larger Hill & Sons organ, incorporating material from the 1847 instrument, and the fourth manual, consisting only of the astonishing Tuba Mirabilis, was added.

Although considered “small” as four manual organs go in only having 30 stops, All Saints’ organ has a fine, full tone and is well-known among organists. The organ is set in three Purbeck marble arches built over the Mordaunt family’s former mortuary chapel of the North Chapel. It was originally powered by hand-operated bellows and was converted to electric pumping in the 1930s.