The first thing to say about the Abbey is that it was only in 1980, when the nuns of the Priory of Our Lady of Peace and the Monks of the Monastery of Christ our Saviour moved from Cockfosters in North London That Turvey Abbey became an Abbey in the sense of having residential nuns. Their move was precipitated by a desire to return to a more contemplative life. 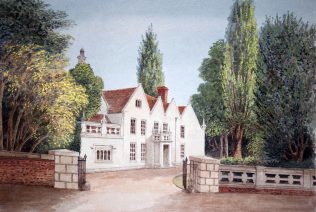 Built in 1603 by Henry Mordaunt, the 4th Lord Mordaunt (1568 – 1608), there is no evidence that any Mordaunts actually lived at the Abbey. They certainly lived at Turvey Hall (later demolished with the material used to build Hall Farm on the same site) and at the magnificent Drayton Manor in Northamptonshire which became their family seat. Mention was made in the introduction to this 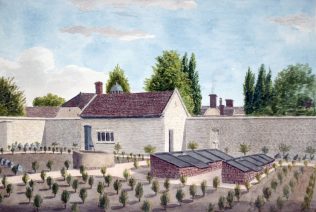 heritage walk of their financial difficulties stemming from their Catholic faith; the Abbey, like much of the village, received little attention for many years, So much so that it was described in 1709 as being “a dilapidated Hall degraded into a farmhouse”. Records show that the Abbey was rented by the Brands, a Catholic family, possibly from as early as 1679. 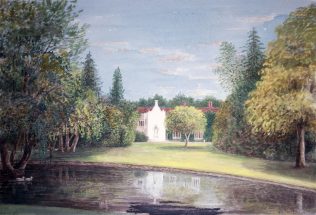 The bachelor Charles died in 1792 and left the Abbey and a good portion of the Abbey Farm Estate to a favourite nephew, John Higgins. John only  occupied half the Abbey as there was a sitting tenant, Sarah Lawrence, in the other half. When Sarah died in 1797 John was able to begin repairs and extensions to the house as well as erecting a plethora of new outbuildings including a new coach house and stabling. John was particularly interested in buildings and architectural features and would frequently attend sales held at large country houses which were being refurbished or demolished. Here he would purchase items such as balustrades, features to enhance the house and garden and, of course, statues such as Jonah.

John Higgins also had a great interest in landscape gardening and trees. He oversaw the creation of the Abbey garden including its pond and bridge and planted numerous trees on the land he owned to replace those cut down by the steward of the Earl of Peterborough at the time of the enclosure of Turvey. He planted so many trees that it was said that the mile coming into Turvey from Bedford was so dark it was like travelling at night. 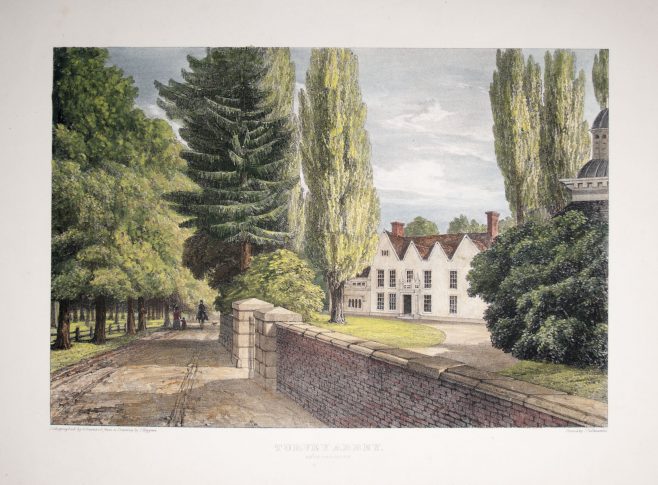 Road to Bedford and entrance to Turvey Abbey. Watercolour by John Higgins. circa 1820 © J. Longuet Higgins

To the east of the Abbey lies Abbey Park which was once the northern edge of an enormous Open Field known as Garden Field. The Open (or Common) Field farming system was brought to this country by the Anglo Saxons. Ridge and furrows survived here because this area was used for pasture and so has not been subject to intense modern arable farming which redistributes the soil and levels the land. 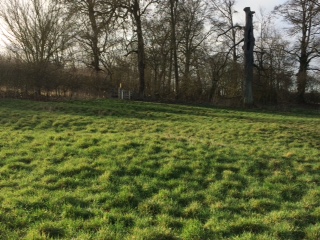 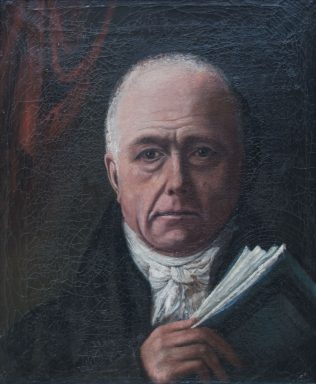 John Higgins was a prolific artist and the Longuet Higgins Collection  contains over 400 of his watercolours, many of them depicting the Abbey and the village. John was also the author of the Turvey Abbey Scrapbook, a unique record of Turvey from 1830 to 1846.

John married Theresa Longuet from Bath and one of their children Charles, was to have a significant impact on the village. Replacing the poor housing with new cottages, refurbishing the church, doctoring the poor, creating a reading room and museum for the village.  Having qualified in medicine in London, Charles administered to the village poor for over 25 years . A long pole was kept outside the Abbey which people could use to tap on his bedroom window at night to rouse him if his help was needed. Charles was also a strong supporter  of 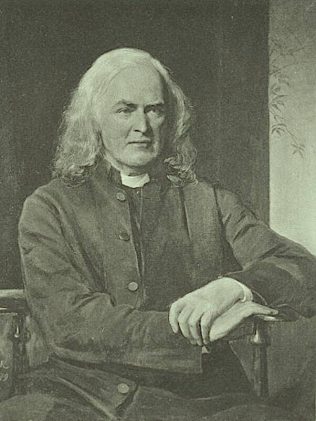 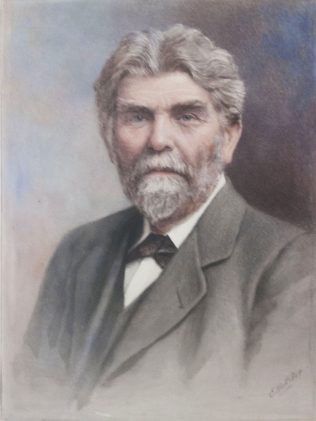 the need to educate the young. He was a student of Law and Medicine, a Doctor and Magistrate and, like his father, an early visitor to Palestine. He was also a Naturalist, Historian and pragmatic Christian. An excellent biography of Charles was written by his Brother-in-Law, John William Burgon, as a chapter(page 420)  in the book “Lives of Twelve Good Men”.

The Longuet Higgins family continued to live in the Abbey until 1918 when the property became too big and expensive for the widowed Mrs Gertrude Longuet Higgins to maintain. She moved to Vine Cottage in May Road which was, at that time, a large residential property with considerable grounds, with her daughter Gertrude Maude. Turvey Abbey was let and notable tenants have included Major Ernest Wells of the Bedford Brewing Company and Sir Richard Allen Chairman of Queens Engineering Works W H Allen & Sons Co. Ltd. In 1955 the Abbey was purchased by Rupert Allen, son of Richard Allen and then by his daughter Mrs Nash until 1975 when the Association of International Accountants purchased the site, who were resident for the five years prior to the arrival of the Priory of Our Lady of Peace and the Monks of the Monastery of Christ our Saviour.

We now move to stop 14, Station End or stop 15, High Street southern side.