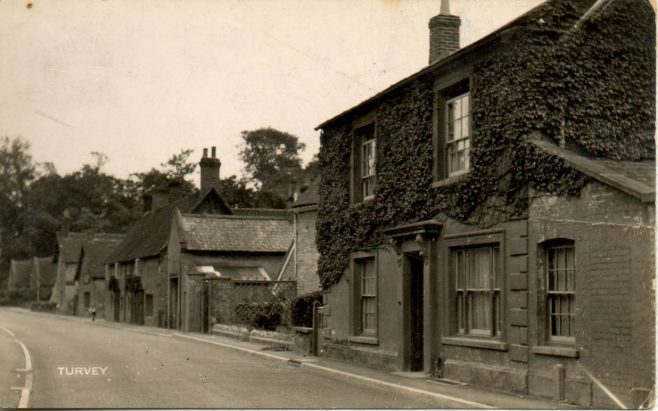 Moving East along the High Street we come to Homelands and Richmond House. Richmond House was built in the 1700s and, at some stage, was named after Turvey’s most famous Rector, Legh Richmond, although he never lived there.

From the end of the 19th century until the 1960’s Richmond House was mostly known as the residence of the village doctor. Homelands was built in 1812 and   between 1892 and 1899 was known as either “The Home” or “The Cottage Hospital”  with six beds for patients. Miss Margaret Platt Higgins (she is not associated with the Higgins families  of Weston Underwood or Turvey)  from Salford,  lived in Holmwood House with her father and, upon his death in 1882,  inherited great wealth. In 1891 she purchased “Homelands” to act as a Cottage Hospital also paying for the services of Dr Morris Cock, a Housekeeper and a District Nurse to support the cottage hospital. Anne Claypole White, a later resident,  remarked that in the basement, there are many small shelves, suitable for holding medicine bottles and other items required in a small hospital. 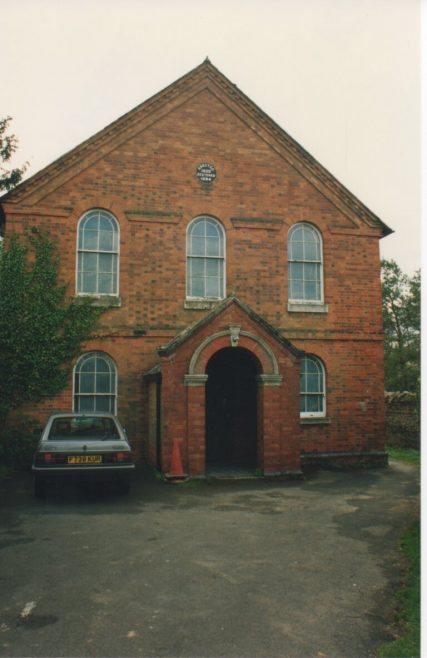 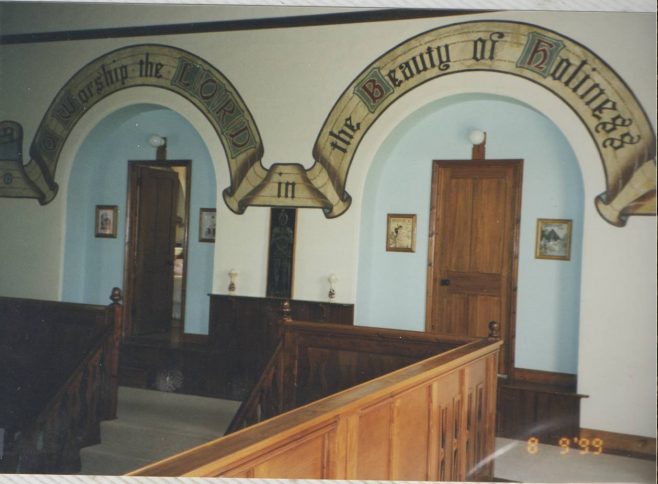 Interior of the Congregational Chapel. Now a private residence.

Further on, down an alleyway we find the building that was once the Congregational Chapel, Its building began in 1828 and its first service was held in March 1829.  Following the death of Turvey’s popular evangelical Anglican rector, Legh Richmond, in 1827, there was great dissatisfaction at his replacement, the Revd. Hawksley. At the same time, Bedfordshire was becoming a centre for non-conformity. Many villagers abandoned the parish church in 1828 to form the Congregational Church with others leaving to establish the Methodist Chapel in Carlton Road in the same year.

The first Minister was the Revd. Richard Cecil who established a training academy for dissenting Ministers. He left Turvey in 1838 and established a much bigger Academy in Ongar, Essex. He came back to Turvey in 1847 and one of his visitors was the famous missionary David Livingstone. Cecil had initially turned down Livingstone for missionary work on the grounds that he was not an inspiring Minister, however, he eventually agreed to his membership. Charles Longuet Higgins recalls playing cricket with David Livingstone at Abbey Park.

Behind the former chapel is the Manse, built in 1846, as a home for the returning Minister but not before some burials had taken place in the garden. One of the many activities organised by the Chapel was the ‘Pleasant Wednesday Afternoon Club‘ which met every Wednesday. 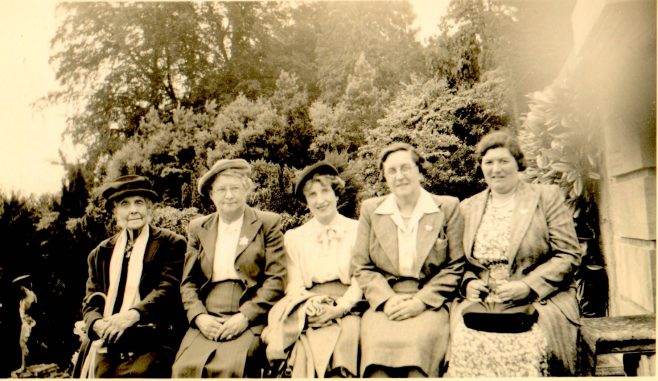 Members of the Pleasant Wednesday Afternoon Club on a visit.

Covington’s yard has some weird numbering now, 1,2,18,19 and Amethyst Cottage but from the early 1700s to the end of the 1800s, this alleyway was a mass of small cottages as homes for agricultural labourers and lacemakers as well as many small traders such as shoemakers and carpenters.

The little building next to Pear Tree Cottage (formally Box cottage) known as the Covey was clearly a store, with a window for promoting goods for sale. The shops and trade in the village will be discussed further in Stop 15,

Just 30m down Jack’s Lane on the left is the entrance to the Monastery of Christ our Saviour, home to Olivetan Monks and founded in 1980 by Dom Edmund Jones at the same time as the Nuns moved to Turvey Abbey. The Monks live in a converted mews and share daily worship with the Nuns. As well as their usual duties as Monks, The Monastery also runs a retreat and organises Group Therapy Sessions. The Monastery was instrumental in the founding of the Emmaus Village in Carlton.

The land on which both the Abbey and Monastery now stand was part of the vast Abbey Estate once owned by either the Benedictine Priory of St Neots or the Augustian Abbey of St James, Northampton. As such, there is a theory that the Jack in Jack’s Lane is a by-name of James. 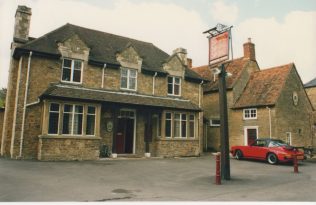 Just down on the right is a property called Old Kings Arms, a former Public House built in the 1730s. Further on is the King’s Arms also a former pub which opened in 1938 and closed in 1997 before being converted to the present residential property. In its day, the King’s Arms was very much the “village pub” where locals would go to drink and play pool or skittles. Its popularity was enhanced by initially being the only pub in the village with a seven-day licence. It was also home to Turvey Football Club. A reflection of the community spirit (although not scientific it must be said) can be seen in the “hospital collections”. Before the NHS was established it was quite common for pubs to make collections  to support the Bedford County Hospital. In 1935 the collections from village pubs resulted in the following returns:

Further down on the right is Todsbrook built in 1733 and associated with the Skevington family who have resided in Turvey for over 200 years.

Location
My location
Get Directions
High Street Southern Side