The area of what might be called the centre of the village, embracing Chantry House, All Saints Churchyard, Turvey House Lodge and the Three Cranes was once called “The Cross”. Possibly a wooden cross was erected here at one time. 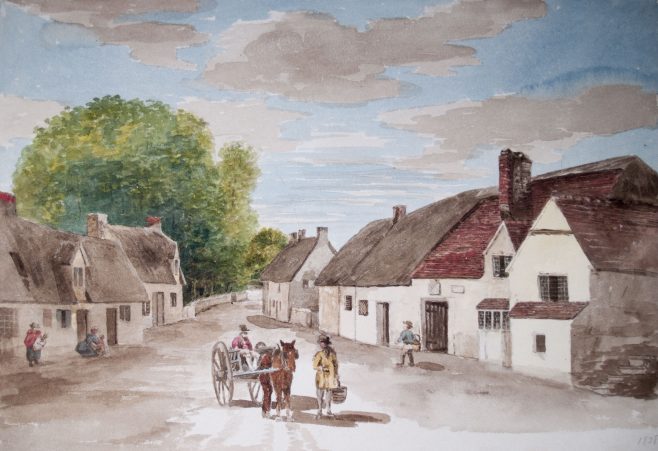 When this area was cleared in the mid 19th century, new houses for villagers to rent were built. The houses in Church Terrace, once called Church Row, are part of that redevelopment. Originally, the front of the houses were on the High Street. Thomas Charles Higgins had substantial houses built along Carlton Road and Bridge Street whereas Charles Longuet Higgins commissioned smaller terraced housing including those in Church Terrace and Ladybridge Terrace. At this time, he had either built or redeveloped 60 properties at a cost of £ 9 000 (equivalent to £1.25m in 2019).

Charles Longuet Higgins was a remarkable man of whom much has been written. When he went up to Cambridge University in 1826, he secretly set himself three great life objectives for which he wished to be remembered.  The first was to ‘re-edify and enlarge Turvey Parish Church’, the second was to rebuild the cottages on his paternal estate and erect new schools and the third was to found a library for the use of the clergy of the Archdeaconry of Bedford. It was only the last that he never fully achieved. 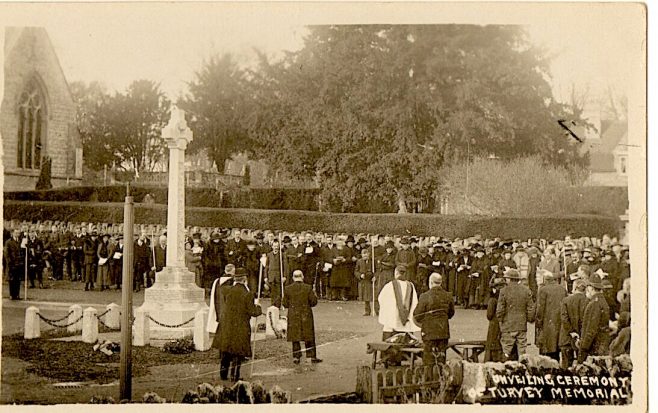 The Memorial Cross was unveiled on 27th December 1919 at a ceremony attended by over 500 people. The structure is made of unpolished Cornish slate and originally cost £400. Money was raised through donations and door-to-door collections. 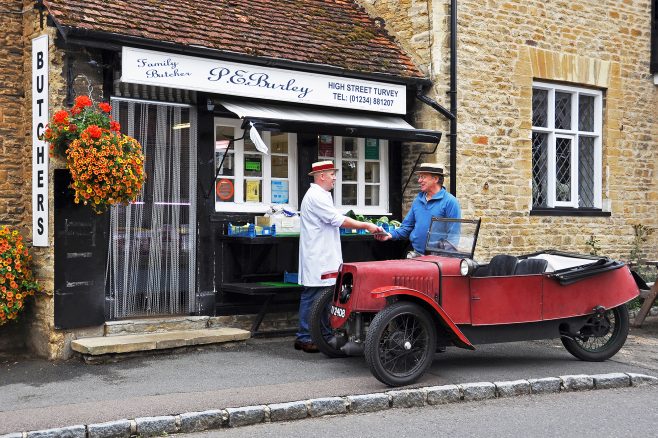 A butcher’s shop has been on Burley’s current site for a very long time. This is thought to be one of the oldest Butchers in the County. At one time Butchers would slaughter their own meat. However, meat was a great luxury in the 1800s and earlier. As Joseph Bell wrote in his memoirs, if the butcher killed a lamb a week he was considered quite a wholesaler.  Whilst the Chequers was a pub, the Three Cranes became an inn and hence the neighbouring coach house was built in the Gothic style beloved by the Higgins family.

On Monday 26th October 1936, the Jarrow Crusade marched from Northampton to Bedford and passed passed through Turvey. They were marching from the Tyneside town of Jarrow to London to petition the Government to re-establish industry in the town following the closure of Palmer’s Shipyard and the resulting unemployment.

The marchers were greeted with great sympathy.  A large tent was erected, on what is now Cranes Close, where the marchers were fed and were attended to by the Red Cross. The men  stayed for around an hour before marching on to Bedford. 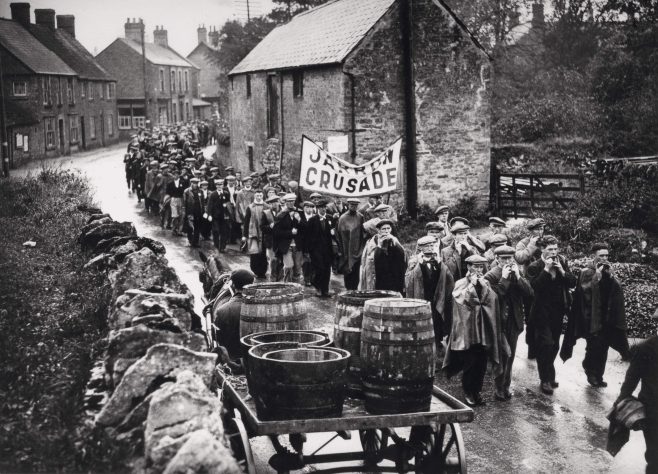 We now move on to Stop 5, the northern side of Bridge Street.

Location
My location
Get Directions
The Cross