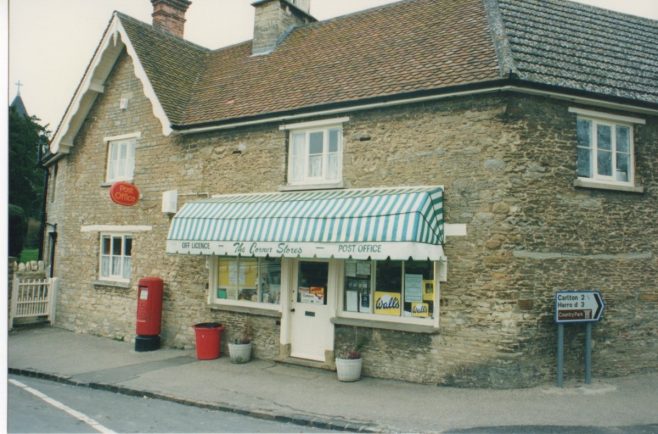 This part of the village was once known as Stocker’s End. It’s not known when the Corner Stores first became a shop, the earliest evidence is a John Higgins painting from 1830 clearly depicting a shop window. The Grade 2 listed building itself, together with 1 & 2 Carlton Road are some of the oldest residential buildings in the village built either late 1600s or early 1700s.  They are typical of the oldest cottages in the village and are built of coarse limestone rubble, which would have been dug out of one of the stone pits in the fields around the village. Over the years, the shop has had many charismatic owners including “Pecky” Payne (this corner was once known as Payne’s Corner) of whom it was said that “he would cut a currant in half if necessary to avoid giving over-weight”. Nancy Waters, a long time Turvey resident remembers him. 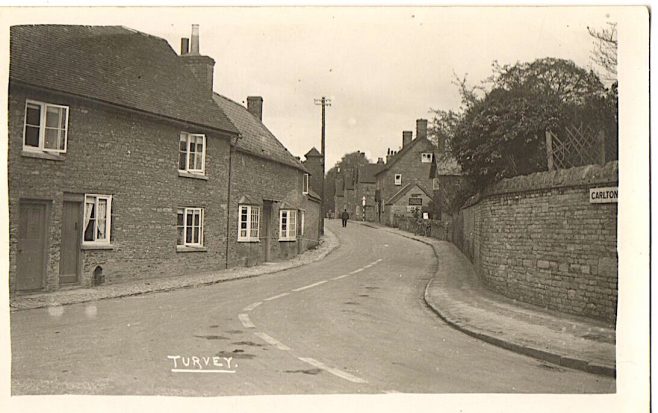 When one looks down Carlton Road, it is noticeable that many of the older properties, all of which are listed, are cream and white. Historically, This was the colour of properties owned by the Turvey House Estate which were built in the mid nineteenth century.  On a wall of a plot of land between the two Chantry Cottages and Chantry Court residences on the left of Carlton Road  is a plaque erected by William Francis Higgins in 1887 commemorating the establishment of a Chantry in the will of Sir John Mordaunt following his death in about 1571. A Chantry is an endowment to cover expenses for the saying of masses and prayers, usually for the soul of the founder of the endowment. The plaque reads: 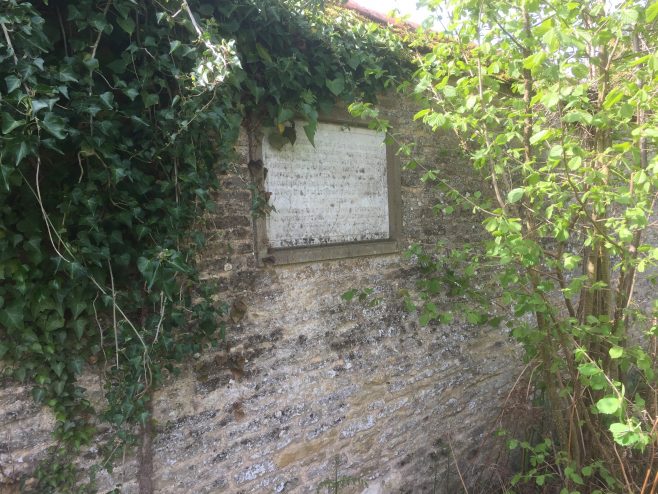 Sir John Mordaunt KT, a distinguished soldier and lawyer in the reign of Henry VII founded a chantry in St Mary’s Chapel in Turvey Church where he was buried and endowed it with lands in Cambridgeshire for the support of two priests, also with a messuage in Turvey called “Fyshers”. The Chaplain and his successors were always to reside at Turvey and to teach grammar to the boys of the parish This stone marks the spot known in later days as “Chantry Yard” which was occupied by the buildings of that ancient and pious endowment.

The Oxford Dictionary of National Biography (OUP) however notes that” the will also provided that should the Chantry not be established within ten years, the endowment was to go to Mordaunt’s heirs, as apparently happened.”  A . messuage is a dwelling with its adjacent buildings and lands and an interesting point  is whether “Fyshers” refers to land and outbuildings now occupied by Ye Three Fyshes.

The two cottages on the left once formed part of Chantry Farm and further down, the properties known as Chantry Court were once barns built in 1800, although from their architecture one might believe they were part of a Chapel. The Higgins seemed to have taken a particular pleasure in designing their outbuildings as such, as can be seen in the Old Coach House next to the Three Cranes.

On the right-hand side, the newly built  “The Walled Garden” was once Bailey’s Transport, which initially offered cart rides to Bedford and Olney markets and back three times a week. This became a motorised service in the 1930’s when day trips were also provided. The firm closed in 1969. 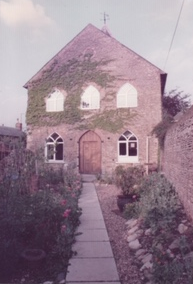 Further down on the right is a little alleyway that leads to the former Wesleyan Chapel built in 1828 with space for 116 worshipers. In 1827, the popular evangelical and charismatic Rector of all Saints Church, Legh Richmond died and his replacement had a hard act to follow.  Throughout Bedfordshire a growing number of non-conformist, Wesleyan and Congregational Chapels were being created at this time. The sponsors of such Chapels were often not major landowners but trades people or labourers.  From 1848 to 1858 a number of families who were non-conformists and lived in Carlton Road (Street as it was then) sought a new life in New Zealand where they felt more able to practice their beliefs. The Chapel closed in 1970. 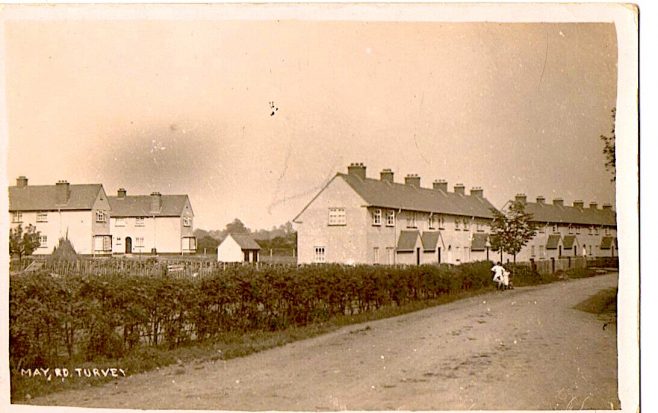 In May Road (formally Back Street) on the left just past the Primary School are the first 12 Council houses to be built in Turvey. They were first occupied in 1922. They had large gardens but no running water or inside toilets; a well was dug for each set of four houses. Opposite No 1 May Road is a small residential property that was once the Village Pound. It was in use until 1875, when three straying ponies belonging to a caravan were placed there. In later years a donkey was stabled there and afterwards it was rented as a poultry run.  In the 1930s, the village fire engine was stored here. 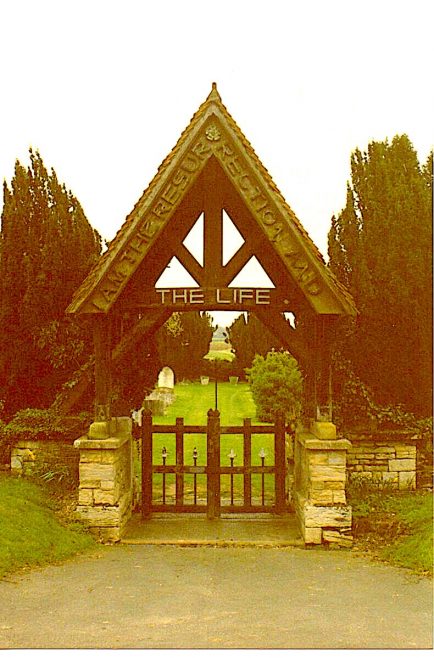 Further down Carlton Road on the right are the allotments which, at one time, came all the way down to May Road. Beyond them is the Cemetery, opened in 1872 due to the churchyard becoming full. The Cemetery has always been managed by the Parish Council and the first burial took place on Monday 22nd January 1872 when 65-year-old Sophia Tysoe, a Baptist, was interred there.

We move on to stop 2, All Saints Churchyard and Turvey House.