You are here: HomenextTopicsnextHeritage WalknextStop 06. Jonah and the former Mill.

Stop 06. Jonah and the former Mill. 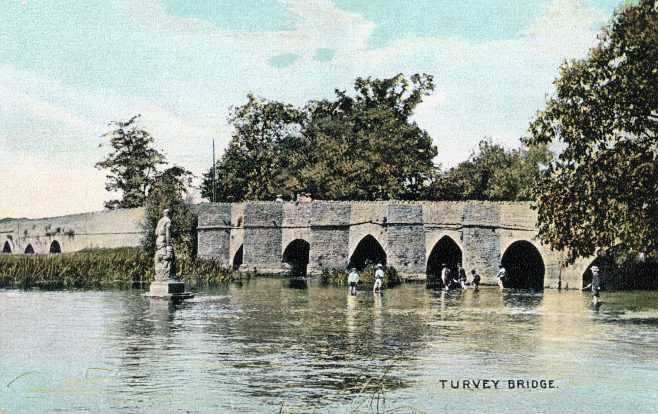 Jonah appeared overnight and was first seen by villagers on the morning of 16th April 1844. The statue had been put there by men working for Mr John Higgins of Turvey Abbey, who had first seen it in 1800 at Ashridge House, near Berkhamsted. When that house underwent a massive reconstruction most of the artefacts were put up for sale and the Statue made its way to Turvey Abbey and the Great Ouse. He was placed in the mill pond and there he stayed until, in 1895, a severe frost caused him to collapse. He was taken to Turvey Abbey, cleaned and given a larger base. He is now a Grade II listed monument. 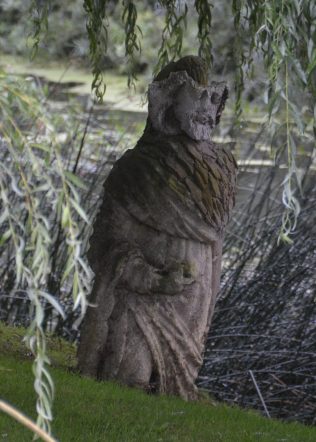 Jonah’s companion is, for some inexplicable reason, called “Eve”. Inexplicable as the statue has a man’s head. In 1953 a barn behind the mill, owned by Mr Dashwood of Holmwood House, collapsed. Among the rubble was found a statue. A newspaper report at the time quoted a villager who recalled moving two statues “Adam and Eve” from Turvey Abbey to the barn. Perhaps the statue is of Adam or perhaps it is of Eve with Adam’s head! No matter, from the 8th or 9th October 1953 Jonah had a companion. 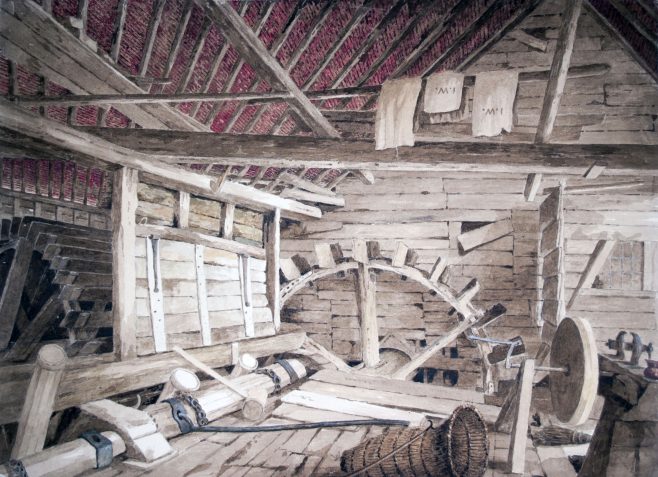 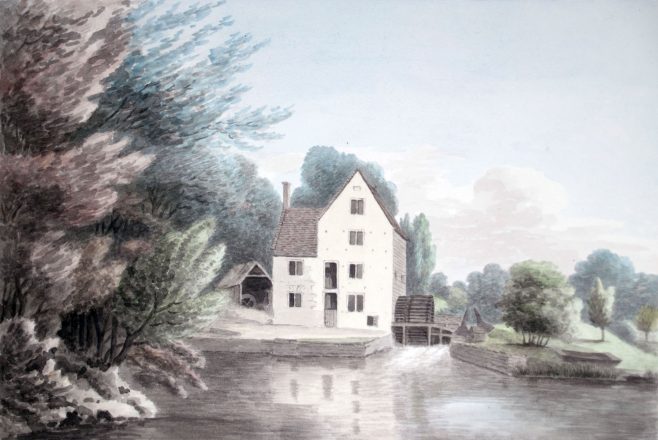 Behind Jonah, the present flats and houses were developed from a former flour mill. The Domesday Book of 1086 records 26 mills on the Great Ouse including at least one at Turvey. The Mill originally had an overhung wheel which was external until 1815 when it was enclosed in a small stone building. At the same time a third floor was added and the roof raised. The mill was very prosperous and by the 1880s demand for flour from the increased dramatically.  An extra wing was built which included a tall chimney and modern machinery was installed. Then on the evening of 13th November 1885 a massive fire destroyed all but the shell of the building. The Mill had been run for three generations by the Whitworth family. Following the fire, the family moved to start a new business in Wellingborough, which still exists.

Thomas Essery, who was born in Turvey in 1879 and lived in Bridge Street remembers being woken up to watch the fire from the bridge:

Audio clips used with permission of the University of Leeds, with thanks to the British Library.

The building lay derelict for some time and the chimney became unstable. At 2.30pm on Sunday 18th September 1932 the Royal Engineers from Kempston Barracks used explosives to bring the chimney down. Some small-scale grinding had resumed but the last corn was ground in 1930. The premises were used as a saw mill for some time before the Second World War. 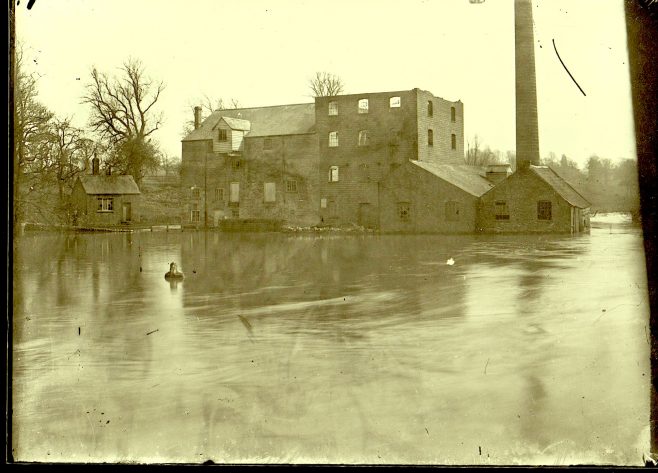 Jonah and the Mill in Flood 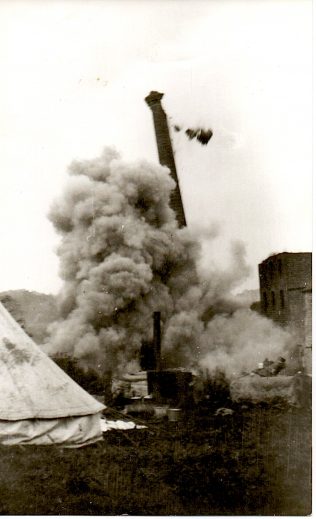 Demolition of The Mill Chimney

The mill was then used as an animal food factory by Germinated Grain Products, grinding all sorts of food including masses of out of date chocolates. In 1939 the mill was readied to grind corn once more as a back up in case of a loss of  electricity in war time.

After the war the mill was owned by Melhuish Ltd., the makers of Cristo Crisps, They were quite a luxury at this time and were sold in tin boxes. In 1950, the company introduced flavoured crisps. Later they introduced Oxo flavoured crisps and in 1959 a horse called Oxo, owned by a Bedfordshire farmer, ran in the Grand National. Many villagers saw this as a great omen and backed the horse heavily at odds of 8/1. It won and there was great rejoicing in Ye Three Fyshes that night, not seen since the days when “the slate” was paid out from savings clubs.

From 1953 to 1965 the Mill was managed by Mr Dashwood of Holmwood House and “Eve” fame. Cristo Crisps left Turvey in 1965 and the company ceased trading in 1972. Mr Albert Ward purchased the mill in 1965 and it was converted internally in order to manufacture industrial and domestic storage heaters by a company known as ‘Multitherme’. In 1987 Mr Ward moved the factory to Wales and the building and surrounding land was sold to a developer who created the current apartments and houses. 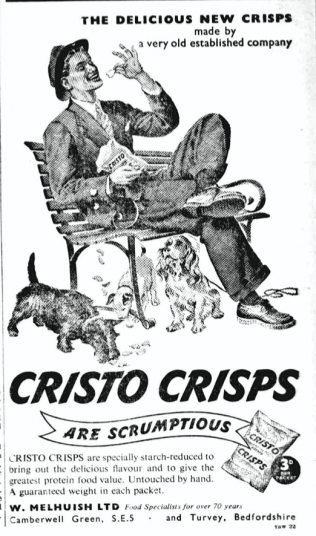 We now move on to stop 7,  Ye Three Fyshes and the southern side of Bridge Street.

Location
My location
Get Directions
Jonah & The Former Mill