You are here: HomenextTopicsnextPeoplenextFrom Turvey to New Zealand

From Turvey to New Zealand 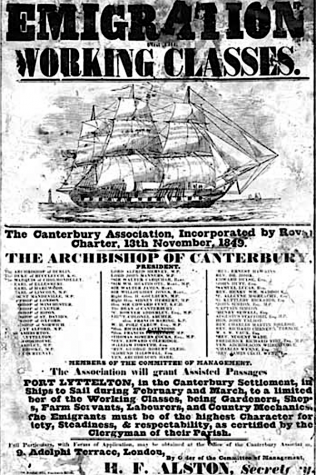 zoom
Advert from the Canterbury Association 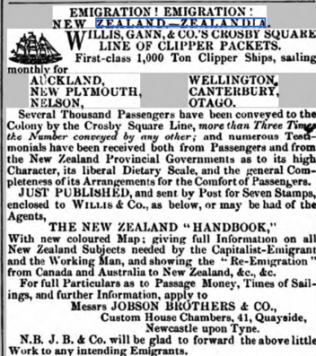 zoom
A typical advert from the 1850's 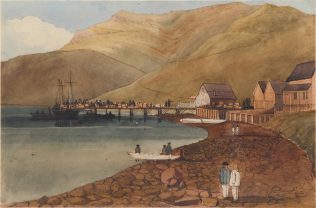 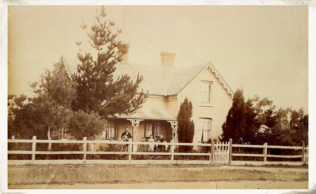 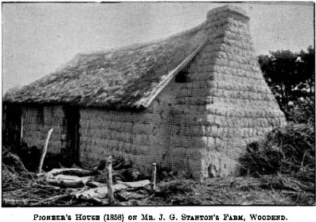 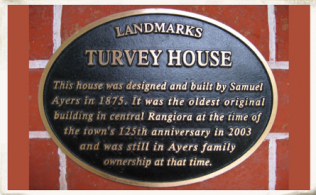 The visitor’s book at All Saints Church contains a remarkable number of visitors from New Zealand who have come to Turvey in order to see where their ancestors lived. How did this come about and who are these ancestors? The article “The First Assisted Passage to New Zealand” details how Jane Davison from Turvey emigrated to New Zealand in 1842.

In 1848, The Canterbury Association was launched in England, receiving its Royal Charter on 13thNovember 1849, with the aim of systematically colonising New Zealand. The Association had purchased 200,000 acres at 10 shillings an acre from the New Zealand Company, who had, in turn, purchased the land from the Maori, often under dubious circumstances. The intention was to sell this land at £3 an acre to 15,000 settlers with the profit being used to assist emigration and build roads, schools (Anglican) and churches. The Society sent 25 ships to New Zealand and between 1850 and 1853 and transferred 3549 emigrants, well below their target. The Canterbury Association was wound up in 1853.

The 16thship to sail under this scheme was the “Canterbury” who made her maiden voyage from London’s East India Docks to Lyttleton, New Zealand on 21stJune 1851. Aboard were Turvey born Arthur Gibbs, a 38 year old agricultural labourer, his 36 year old wife Rachel (nee Harley), a Lacemaker, and their three children George (16), Kezia (13) and Rebecca (10).

Between 1853 and 1870, the Provincial Governments, also keen to encourage immigration from the United Kingdom, began funding such schemes. At the same time in Turvey, life was hard for many working families, living in tied accommodation on often low incomes. Some families, particularly those attached to the Wesleyan Methodist Church, also sought greater freedom to follow their faith.

During this period a number of Turvey families emigrated under the assisted passenger scheme. Life on board was not easy, the trip took four months and towards the end of the journey the drinking water had turned green and food had nearly run out. Captains often refused to stop on route in Tasmania for fear that all the passengers would disappear, and they would then lose their fee.

On 2nd July 1855, seven Turvey and five Newton Blossomville residents left the port of London on board the ship “Cashmere” bound for Lyttelton. Thankfully, the Cashmere arrived safely in Lyttelton on 23rd. October 1855. Local residents on board were:

The cost of the journey for James Gibbs and his son was £31 10s (the equivalent of £ 3,300 in 2018). Of this, James had to pay £1 before leaving England, promising that he would pay back the rest once he began earning upon his arrival.

The early arrivals from Turvey prospered, establishing a township around their properties which they called Gibbstown (later to be called Woodend, North Canterbury). They reported back positively to their families in Turvey, resulting in Thomas Percival and Joseph Wooding sailing to Lyttelton aboard the Joseph Fletcher on 5thJuly 1856. Thomas left his bride to be Hephzibah Gibbs behind, but she came with her family two months later. They established a farm of 500 acres at Woodbury and named it “Woodlands”. One of their progeny, Sir Basil Malcolm Arthur who died in 1985 after 35 years in politics, became Speaker of the House in the New Zealand Parliament.

Two months later further members of the Gibbs family arrived in George Gibbs and his wife Mary (nee Powell) together with their seven children Sarah (21), Hephzibah (17), Esther (15), William (13), Mary (11), Arthur (9) and Henry (4) having sailed on the “Ergmont” leaving London on 8thSeptember

On 14th June 1858 three Turvey families and a number of single men and women set sail on the ship Zealandia’s first journey, arriving at the port of Lyttelton on 21st September 1858. They were:

The Ayers Family and Turvey House

When they arrived, the families walked over a bridal track to Christchurch and were initially housed in the Christchurch Barracks on the banks of the Avon river, afterwards moving to Gibbstown, living at first in sod huts.

One of the original families to emigrate was the Ayres family, whose men became skilled in bricklaying and building houses. In 1861 Thomas Ayres bought a section of land on which he built a brick house which still survives to this day. Thomas and Elizabeth’s home was used as a meeting place for the early Methodist families who founded and built the Woodend Wesleyan Methodist Church.

Samuel Ayres was 12 years old when he landed at Lyttelton with his parents, younger brother and two younger sisters. After the family moved to Gibbstown, Samuel learnt the family trade and worked all over North Canterbury on houses, chimneys and other brickwork. In 1875 he built his own double brick home in King Street Rangiora and called it Turvey House.

Turvey House is considered the oldest original residential building in the Rangiora Town Centre and is still owned by the Ayres family retaining most of its original features. The impressive brickwork features include cavity walls of Flemish design (bricks connecting the two walls across the cavity), polychromatic brickwork on the north wall and a dog tooth brick course at the top of the walls under the eaves. It also has a bull-nosed veranda with iron tracery, fretted facias with finials at the top and a gabled iron roof. In 2013 Turvey House became a grade 2 listed building.

Samuel went on to become prominent in local public affairs. Votes for women became a major issue in New Zealand in the early 1890s and suffrage campaigners organised massive petitions in 1891, 1892 and 1893. The signatures of Elizabeth Ayres of Manawatu, together with Lizzie Gibbs, Mary Ann Gibbs and Susan Gibbs of Woodend, Canterbury can be found on the petition. As a result, in 1893, New Zealand became the first self-governing country in the world in which all women had the right to vote in parliamentary elections, a right that women in Britain would not win until after the First World War.

The Ayres family are very proud of their Turvey connections. Two descendent from the original emigrants, Wendy Crane and her daughter Silvia Purdie, have undertaken considerable research into their genealogy and further information can be found on Silvia’s website and in the Society’s Archive