You are here: HomenextTopicsnextPeoplenextAllan Vernon Beswick 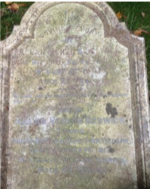 zoom
Badge of the 71st Siege Battery of the South African Heavy Artillery.

An enquiry from South Africa

An email came into All Saints Church and was passed to me. The sender of the email was looking for the gravestone of Allan Vernon Beswick – a South African soldier buried in Turvey Cemetery. Interesting. I knew of no military headstone around the church so I proceeded to the Carlton Road cemetery where I eventually found it. His headstone was not a military one, however, but a large grey slab, apparently laying on its back. It seems he had been buried with Allan Menzies Beswick of Cold Brayfield – who I later discovered was his uncle. He had been an employee of Cold Brayfield House and had died in 1908, aged 38.

The sender of the email in South Africa had bought Allan Vernon Beswick’s “dead man’s penny” – a popular term for a memorial plaque issued to the next of kin of fallen British and Empire troops from World War 1. They are made of bronze and 120mm in diameter – although much larger, the appearance and colour resembled that of a penny of that era.

The South African soldier, Allan Vernon Beswick, was born in South Africa on 2nd August 1885. He served in the 71st Siege Battery of the South African Heavy Artillery. South African troops arrived in Britain in November 1915 and this unit initially went to Bexhill in Sussex before going to the Middle East at the end of that year. In April 1916 they were moved to France, landing in Marseilles, and became attached to the 9th Scottish Division. Allan would have seen action on the Somme, at Ypres, Ancre Wood and Cambrai.

Allan may have been in Britain for some leave or training but, whatever the circumstances, he died on 1st November 1917. The records show he was at the Queen Alexandra’s Military Hospital in London and died, of all things, a burst appendix. He was 22.

His name is listed on the South African Heavy Artillery Memorial in the grounds of Johannesburg Zoo. Should he be on the Turvey or Cold Brayfield Memorials too perhaps?

There doesn’t appear to be much information in the Bedfordshire or the Buckinghamshire Archives about the Beswick family. Wikitree states that Allan’s father (Frederick,1866-1955) and uncle (Allan Menzies,1870-1908) were both born in South Africa too. I can only assume his grandfather (also Frederick, born in 1829 in Goswell – was this reference to Goswell Road in London?) moved to South Africa from Britain sometime mid-nineteenth century. Allan’s family on his mother’s side were of Dutch descent and came from Gelderland.

We know Allan Vernon Beswick was in Britain due to the war. The reason for his uncle is not so clear. Allan Menzies Beswick was working in Britain having apparently moved from South Africa, perhaps to learn about agriculture. Does anyone know of the surname Beswick in the context of Cold Brayfield? Please get in touch if it rings a bell.