Henry Longuet Higgins used the insurance money due to him to partly restore the mill. The foundations of the building proved to be remarkably strong as were the outer walls. A new roof was put in place and wooden floors erected and the old part of the mill brought back into action using waterpower. Milling took place but at a much lower level of activity than under John Whitworth. 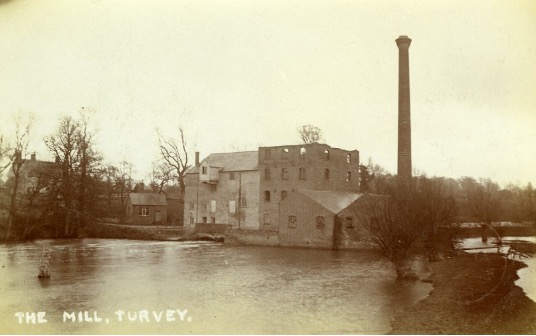 Joseph Sharp of Ladybridge Terrace was running the mill in 1901 and part of the building was used for auctions. Thomas Stevens ran the mill from 1918 to 1934. On his retirement Henry Longuet Higgins sought to sell the mill for between £600 – £700. He had difficulty in finding a tenant willing to continue to earn a living from milling and meeting the expenses for the upkeep of the mill and riverbanks. However, a Mr Lucas took up the challenge and advertised his corn as being traditional in that it was milled using water and stone. By 1932, the chimney having had little or no maintenance became dangerous and at 2.30pm on Sunday 18th September 1932, to the great excitement of the village, the Kempston based, Royal Engineers brought the chimney crashing to the ground. 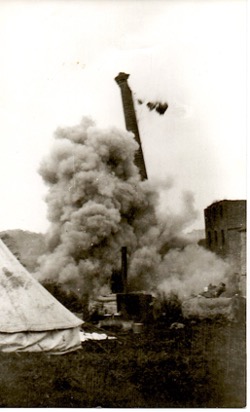 With the advent of the Second World War Turvey Mill was given a makeover, including a new set of mill stones, to ensure that not only could it continue to produce much needed corn but also work as a back-up in case of loss of electricity. In 1944, Mr Dashwood’s Castle Mill in Bedford burnt down and he sought to use Turvey Mill to keep production going.

In 1953 Henry Longuet Higgins sold the mill to Germinated Grain Products Ltd. who replaced the wooden floors with reinforced concrete and ground all sorts, including masses of out of date chocolates, for animal food. In 1954 the mill was sold to Melhuish Ltd, the makers of Cristo Crisps who disposed of all the mill related equipment to set up their crisp factory. As they had no need of waterpower, they gave up their rights to maintain a head of water. It was hoped that the Great Ouse River Authority would have taken on that role as well as maintain the riverbanks but they refused to do so.

Mr Dashwood of Holmwood House, Turvey managed the mill from 1954 to October 1965 when the mill was purchased by Mr Albert Ward who had it refurbished internally to manufacture industrial and domestic storage heaters by a company registered as ‘Multitherm’.

In October 1987 Mr Ward moved the factory to Wales and the building and surrounding land was sold to the developer David Traherne who converted it into the buildings we see today. The accommodation comprises of three houses that were created by renovating the older part of the mill, four flats, one on each floor of the tall new mill, and three houses which were newly built on the western end. 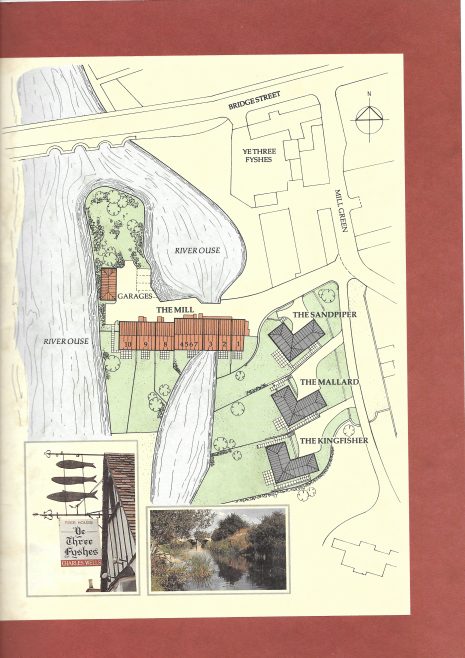 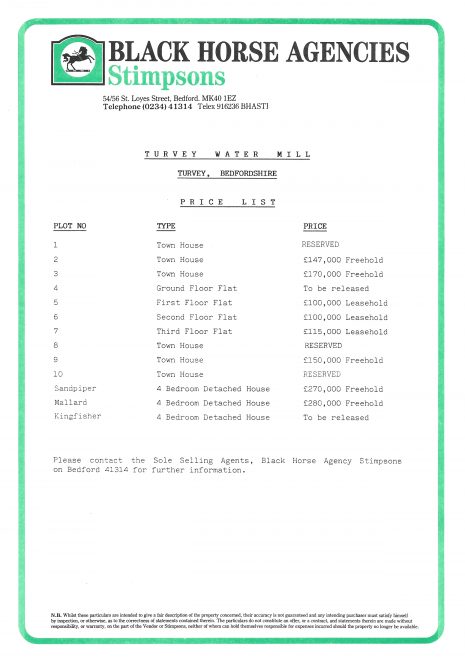 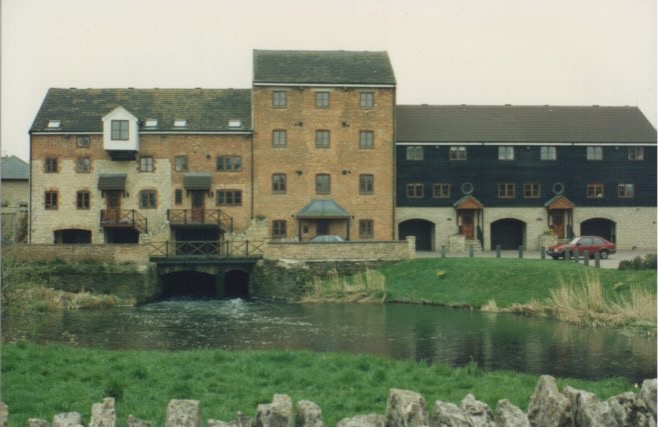