You are here: HomenextTopicsnextPeoplenextThe Vale Family of Turvey: Memories of Roy Hodgson

The Vale Family of Turvey: Memories of Roy Hodgson

My Great Grandfather William Vale was born in Tewksbury and was a gas engineer. At that time gas was slowly being installed across the country and he was installing a system in Yorkshire. I can only assume he had received the offer of a post in Turvey for he had married Johanna Ingram at the registry office in Pontefract in 1867 and their first-born George was born in Turvey in 1869. The Turvey Gas Company was formed in 1867 so I am assuming that they possibly moved into Turvey immediately after marriage. He was listed as being Manager of the Gas Works in the 1881 census.

They lived in number 3 Bridge Street which was a tied residence to the Gas Works. By 1877 the streets in the village were lit by gas[i]. William’s post included doing the rounds of Turvey lighting the gas street lamps in the evening and then extinguishing them at daybreak. My mother told me that if any village resident required an early call William would render that service by knocking the door or tapping the window with his long pole. I well remember seeing the gasholder and sheds behind the house.

Johanna and William had 7 children with only Kate, Louise, Emily and Frederick remaining in Turvey, the others either died rather young or chose to move away. He together with his wife and four children plus one granddaughter lived at the gas works until William retired and then moved to the corner of Carlton and May Road. 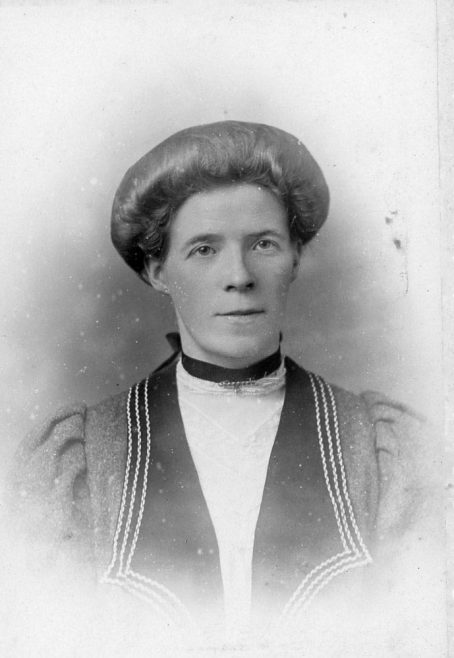 That granddaughter was my mother, as Kate Eleanor married William Sargent of Cold Brayfield and produced a family very quickly. They moved to Olney leaving their first born, my mother, to stay with Kate’s parents. My mother lived mostly in Turvey but alternated between Olney and Turvey. She was a member of the All Saints Church Choir as was her aunt Emily, she related much more to Turvey than Olney.

William Sargent was related to most of the Sargents who have been recorded as living in Turvey at some time or other. Their family tree is quite large originating in Wymington and I believe showing up in Turvey from the late 1700s. The two I most remember were Ellen and Joseph Sargent (brother and sister) who lived in one of the cottages on the left going up Newton Road. 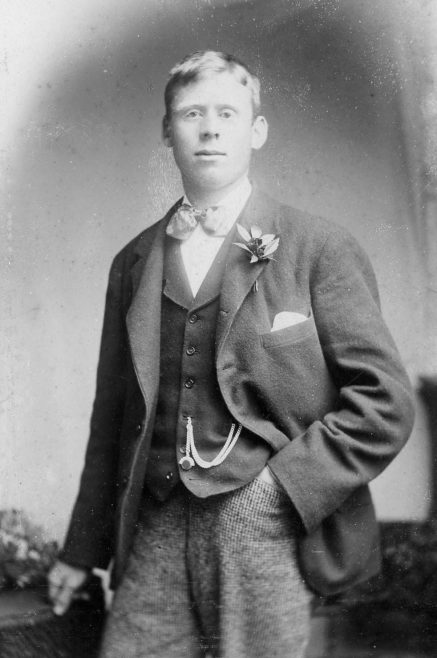 My mother met my father who was working on the footplate of the locomotives hauling the trains on the Northampton to Bedford rail line. Obviously, their relationship blossomed as my mother was working as a tailoress in Bedford and would catch the train at Turvey Station. They were married in the All Saints Church at Turvey in 1927. I was born in 1931 and at an early age, together with my sister, was sent to live with the Vale family in May Road until we commenced school in Bedford.

Thus, I remember Turvey from those days. Water was fetched from the well which was situated in the garden of Mr and Mrs Clark, also the ‘night wagon’ as there was no water or sewer main at that time. I do remember the excitement when the water fountain was installed at the top of May Road. When we were thought to be ‘ill’ a visit to Dr Round was called for. I also remember the scrumptious taste of Osborne’s bread with real butter and home-made jam. When Great Uncle Fred set off on a walk, my sister and I would follow knowing that he would go to Paynes (now the Corner Stores) for tobacco and he would treat us to sweets while he continued to the Three Cranes for a pint.

In our early years both Great Aunts made lace under an oil lamp with a glass bowl filled with water to magnify the light, incredible when one looks at the intricate patterns to which they worked. Next gas was used for lighting, eventually to be replaced by electricity. Louise was a cook and mostly would be ‘living-in’ her employers’ residence.

After returning to Bedford, most summer holidays were spent in Turvey or in Clifton Reynes where another Great Aunt and her spouse had a dairy farm. Our link with Turvey ended when Fred Vale passed away, the last of our family connection in Turvey. We knew all those persons with whom my mother and Great Aunts associated, the Warrens, Fields, Tongue, Boucher, etc.

During World War 2 a small factory was established in Bamfords Yard and Emily worked there assisting with the war effort, as did other Turvey residents. I did my National Service in the Army and played in the military band. Shortly before being demobbed I was charged with playing the Last Post at an Armistice Day Gathering. When I arrived at the destination to my surprise it was the ceremony at the war memorial in Turvey. I can see the proud look on my Great Uncle’s face when he saw it was his great-nephew. I also remember sitting with the choir next to Mr Warren during the service preceding the ceremony outside.

Yes, Turvey played an important role in my early life and as I have lived in Harrold for the past 56 years am not too far away from that wonderful village, Turvey.