You are here: HomenextTopicsnextPeoplenextWhatever happened to Joseph Bell?

Whatever happened to Joseph Bell? 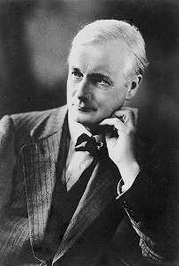 The musical “Bells of Turvey” premiered in Turvey in 2017 tells the story of a young boy from Turvey in the 1850’s, based on the memoirs of a real Joseph Bell. The play ends at the time when Joe, having spent eighteen months in the workhouse is apprenticed to the master shoemaker John Adams in Bedford.

How does the story end? In the 1861 census Joe can be found living at 19 Silver Street, Bedford as an apprentice shoemaker. Following completion of his apprenticeship, he moved to East London and there met and married Emma Carter on the 4th October 1868 in the parish of St Mary in Haggerston Hackney.

The couple then moved to St Albans where he established his bootmaking business in Saracen’s Head Yard. Joseph and Emma had their only child, William Henry, in 1873. The business prospered and Joseph moved to Market Street and became a prominent member of his local chamber of commerce.

Joseph was determined to give his son the education he felt he had sorely missed. William soon showed himself to be a gifted musician, particularly on the organ. He attended the Royal Academy of Music and went on to compose a whole range of music eventually becoming Professor of Music at Cape Town University in South Africa – his portrait accompanies this article.

How about that! In one generation we go from having a young Turvey boy from the workhouse to his next generation becoming a Professor of Music.

William married Helen Melrose McEwen (from a musical family) (1883-1967) in 1903 and they had two sons. Oliver Melrose Bell (1905-1943) was born in St Albans, awarded the MBE and became a Major in the army. He was killed by a mine in the Western Desert in 1943 and was buried at Sfax War Cemetery in Tunisia.

William’s composition Rosa Mystica can be found on Youtube, together with a photo of the elder William.