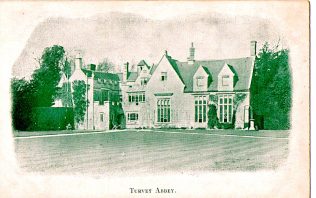 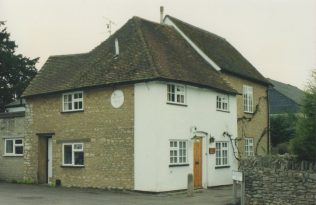 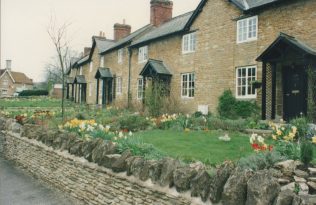 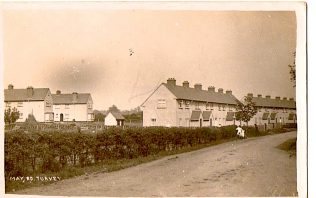 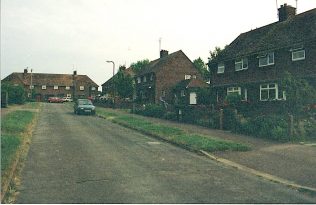 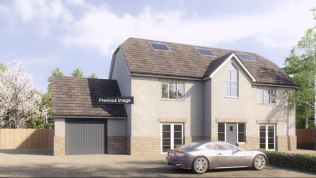 Turvey’s current residential stock consists of properties built between the 1600s and 2019. Data from the Hearth Tax shows that in 1671 there were 107 dwellings in the Parish of Turvey of which 53 had to pay tax meaning that the remaining 54 consisted of a home without a fire. In December 2019 there were 535 residential properties in the Parish and some of these are also without a fire, but they do have central heating!

This article seeks to provide an insight into how the current housing stock has developed since the 1600’s. But first, here is a table showing the number of houses in the village at various dates:

The most notable feature of this table is the near doubling of houses between 1671 and 1831 followed by a relatively consistent number until the second world war. There then came another doubling of numbers between the early sixties and 2018. How this came about is explained in the rest of this article.

A further factor to be considered is that a number of properties have been built on existing foundations. For example, the deeds of Norfolk House in Bamford’s Lane indicate that the house was built in 1884. However, earlier plans show a property at that site. The current resident had a survey undertaken of the house and it was found that some of the foundations and walls were from a much earlier build. Similarly, The Three Cranes, (1847) is built on a beer house called The Chequers that was built in 1649. This is probably the case with a number of older properties. In such cases the date used is the latest build.

The data for this research has come from a variety of sources. Turvey is fortunate in having over 70 listed residential buildings and as such their listing contains valuable timeline data. Further residential properties appear in the Bedfordshire Historical Environmental Records. Census returns and Electoral Records also provide valuable information as to when new properties appear. More recent developments have been recorded in planning applications to the Bedfordshire and Bedford Borough Council. The remaining gaps in knowledge have been filled by interviews with residents of the village and by contact with the current owners of such properties. A database of residential properties in Turvey together with their date can be found in the History Society’s archive, there remain 7 properties to be dated.

There are 8 properties in the village built in the 1600s. At this time most of the village was owned by the Mordaunts. The oldest residential property is Turvey Abbey, built by the Mordaunts in 1603. Other residential properties from this time are Ye Three Fyshes (1624), 8 High Street, Corner Stores, 1 and 2 Carlton Road and Bank Cottage in Newton Lane, the outer parts of which have been extensively developed.

There are 33 properties in the village that were built between 1700 and 1800, notably Turvey House, Todsbrook in Jack’s Lane, Richmond House, The Penn, Badgers Holt and numbers 1-5 in Mill Green, Covington’s Yard, The Old King’s Arms and The Tinkers Cottage and Inn. The later underwent remodelling in 1861 and became The Old Tinkers Inn, Central Stores and Gable End on the High Street

There are 38 properties built between 1800 and 1845, most notably, Vine Cottage in Norfolk Road (1825), Vine Row, Chantry House (originally 3 cottages), the Old Manse, Homelands, The Three Cranes, together with The Laws and Rectory, both of which were completed in 1839

The Mordaunts did not invest in the housing stock of the village, being absent landlords and giving greater attention to their main property of Drayton House in Northamptonshire. This lack of interest resulted in most of the village dwellings being in a very poor state, best described as “hovels”. The arrival of the Higgins, particularly Thomas Charles Higgins at Turvey House and Charles Longuet Higgins at Turvey Abbey brought about considerable improvements in the living conditions of many villagers. From 1840 to 1900 they set about removing many of the poor dwellings and built new houses and cottages. Of the current housing stock in the village, 88 were built in this period. Most notably Church Row, Ladybridge Terrace and Abbey Square by Charles Longuet Higgins. Altogether, he had 60 residential properties built at a cost of £300 a pair. Thomas Charles Higgins built properties in Carlton Street (now road) and on the northern strip of Bridge Road. Today, it is possible to identify those properties still part of the Turvey Estate by the cream colour of the outer woodwork.

Between 1900 and 1945, 41 residential properties of the current housing stock were built, the most significant of these being the 12 “council houses” in May Road which were first occupied in 1921. Four of these dwellings are now in Hawthorn’s Close and each set of four houses shared a well.

After the Second World War and until 1960, 44 current residential properties are accounted for, the most significant being Tandy’s Close, a development of 28 houses built between 1948 and 1952, 5 houses in Elmwood and the 1950’s saw the 8 houses on the Green built, initially for senior engineers involved in building the M1 motorway.

The 1970’s saw 33 new addresses with significant developments being the sale of Vine cottage resulting in it being split into two properties and 7 houses in Barncroft and May Road built on the former gardens and tennis courts.

The 1980’s saw 34 new addresses with significant developments in the 13 conversions and developments at The Mill (1989) the 7-house development in Grove Court and the 7 houses built in Middleton Close (1988-90), now part of Norfolk Road.

From the year 2000, 19 addresses have been added to the Turvey property list but none of these have been major developments.

The article “Turvey’s Listed Buildings” provides further information on specific buildings and the Turvey History Society Collection contains a database relating to individual properties. We should be glad to hear of any information you may be able to provide as to the missing dates on some properties and to any errors that you think may have been made in the database. Simply use the comment option found on each page.