Origins of a Village 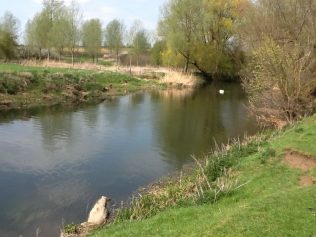 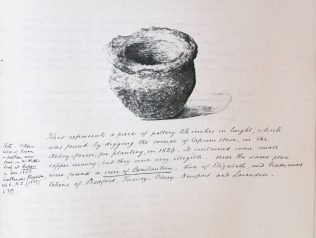 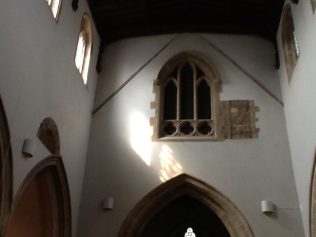 Why did people come to live in Turvey?

The first people to set foot in this locality have probably left no trace of their presence.  The Old Stone Age peoples were nomadic, travelling where they could find water, shelter and food.  But around 3,000 BC farming people began to arrive from Europe; they too looked for sources of fresh water, fertile land and even building materials.

Turvey is built on a network of underground springs – perfect for fresh water.  The river provides access, a means of easy transport from one place to another; probably most of the new settlers arrived here by water.  The river also provided food and a natural barrier, useful for defence, except against others travelling by water.  There was even a ford; just below where Turvey House now stands are ‘The Shallows’, where, in the summer, it is still possible to wade across the river. Evidence shows that the landscape was fairly wooded, which provided natural materials for building shelters – and Turvey is at the end of the Cotswold stone belt, important for building materials. So, here in Turvey we have fresh water, a river with a crossing point, fertile land in the river valley and natural building materials – what better place for a settlement.

The first real evidence of a settlement in Turvey is at the start of the Bronze Age, about 2,500BC.  The Beaker People  settled in Turvey – and they most likely arrived by river.  In England there were two distinct groups of Beaker people, the first group came across the sea from Brittany and settled in Wessex.  The second group travelled by land across Europe, where they mixed with a group called ‘the Battle Axe’ people.  They crossed the North Sea and travelled up the East Coast river estuaries; this is the tribe that came to Turvey.

The actual beakers are a peculiar form of drinking vessel used in burials.  Bodies were placed in an oval or round grave and covered with a mound, usually called a ‘barrow’. The body was put in a crouched position with a beaker beside it. Such a beaker was found in the grounds of Turvey Abbey which could indicate that the Beaker folk were here long enough to bury their dead

In about 750BC bronze gave way to iron as the most useful metal and there is evidence of ongoing settlement in Turvey. Scatterings of Iron Age pottery and aerial photographs indicate areas of settlement near to Pictshill and Crown Farm

The Roman invasions and settlement in Britain in 43AD brought more changes and it is possible that Turvey was quite an important Roman Industrial site. North East of Hill Spinney, near to Crown Farm,  are remains of what is probably a Romano British pottery kiln and on the Turvey Abbey  site a Roman coin hoard was found in 1826 –  one coin was dated to the reign of Constantine (306-337AD).  Constantine had a dramatic conversion to Christianity at the Battle of Milvian Bridge in 312, so perhaps that one coin could bear witness to the earliest Christian influence in Turvey.

Turvey was obviously not a major Roman Settlement, but there are other possible sites around the village giving evidence that there was continuous settlement here, probably of Romano British groups.

The oldest visible remains of our early ancestors in Turvey are in the Church.  The collapse of the Roman Empire in the 5th Century AD led to an increased number of raids from enemy tribes across the sea.  This was a particular problem in east coast areas, in some places Anglo-Saxon tribes were even invited in to keep law and order.  Whether the tribes that came to Turvey were invited guests or invaders we will probably never know, but they stayed and left their mark on the village.  In All Saints Church the remains of the early Saxon stone church are still visible, see All Saints Church: A Historical Summary.