Born in 1941 at Wood End, Wootton, Bedfordshire, Janet Cockings moved with her parents, Kathleen and Herbert Welch, and her older sister Jean, to Turvey during the early 1940s.  The family initially lived at Crown Farm as Janet’s father, Herbert, worked as a dairyman there for four or five years.  When Herbert moved to work for Mr. Tongue at Grove Farm (on the High Street), the family moved several times within the village of Turvey.  Janet recalls and describes living in Vine Row, Church Terrace and Abbey Square. The main sewer was laid throughout the village and connected to the cottages and houses of the village during the mid-1950’s, this made a major improvement to everyone’s lives. 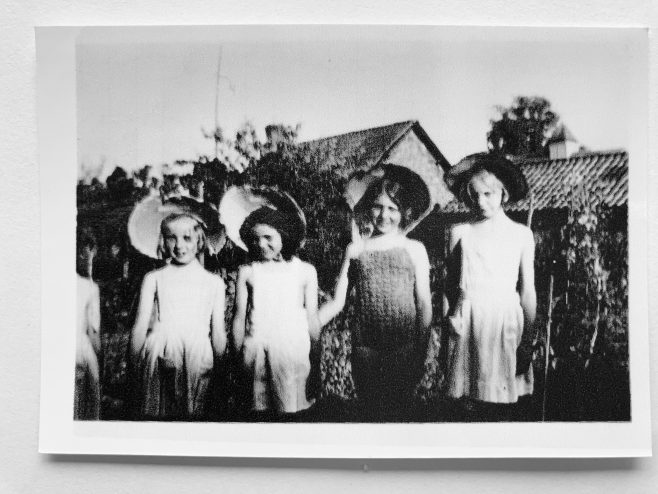 Early 1950s photograph of four girls, in their play clothes playing out in the sun, photographed in the garden of no.16 Carlton Road. Left to right – Margaret Field, Janet Cockings (nee Welch), her older sister Jean Lawson (nee Welch) and Janet Field. The Cockings family were living at Vine Row. Margaret and Janet Field were twins who lived at no.16 Carlton Road and they were Janet and Jeans’ regular playmates.

Janet recalls her schooldays, at Turvey Infants School then moving to Harrold School at 11 years old and travelling back and forth on Bailey’s bus.  Janet describes daily life, the local shops and Christmas days at home in Turvey.  Leaving Harrold School at 15 years old, Janet worked in a grocery shop in St. Cuthbert’s, Bedford then moved to work for Woolworths, Bedford, serving on the Sweet Counter.  Janet then went to work for the Post Office, delivering letters (by bicycle) in Turvey.

Janet recalls how she and Derek met, their outings and marriage in 1960 in Turvey All Saints church and their wedding reception in Turvey Village Hall.  They moved into the Old School House in 1961 as Derek Cockings had been appointed Caretaker of the Village Hall, Janet being his informal assistant, becoming Bookings Secretary a few years later.  Janet explains the variety of events that took place, for example the Evergreen Club, which ran on Monday afternoons aimed at those over 60 in the village. 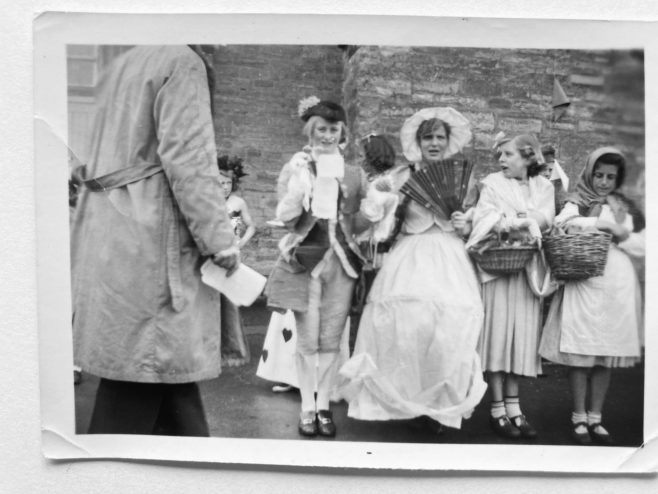 Janet recalls the local industries when she was a child, especially ‘Cristo Crisps’ and their innovative introduction of ‘OXO’ flavoured crisps, which were produced in Turvey Mill.  Janet comments on some of the changes in daily life in Turvey including the joys of the ‘muddy way’ which now is Grove Road and the Recreation Field where as children, wearing wellies they’d follow the cows being led to their fields.

Janet continues in her (long held) role as Turvey Village Hall Bookings Secretary, her son Keith is the present Caretaker. Thus the Cockings family will ensure the continuity of an important village community institution, once a stable sense of normality returns after the global pandemic of Covid-19 (which began in March 2020 and is still on-going as at February 2022) has ended.