You are here: HomenextVoicesnextHarold and Gary Sargent 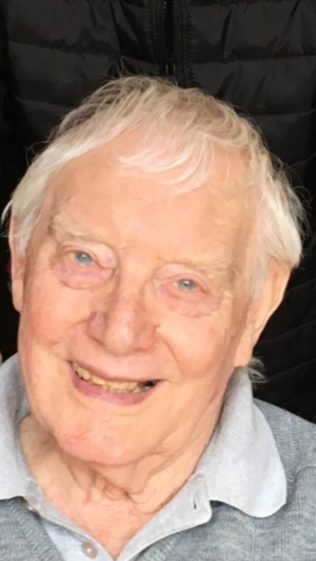 Harold has lived all his life in Turvey after leaving Bedford with his family whilst a baby from 1927 to the present day and whose love of cricket and football led to his son, Gary, successfully pursuing a career in professional football with several clubs.

Harold began his bricklaying apprenticeship with the Warren brothers building company based in Turvey after leaving school in Harrold.  After the WWII he was engaged in building the new estate of houses known as Tandys Close in Turvey.  During the 1950s Harold married Eileen, a Londoner who had been a Land Army Girl at Crown Farm during WWII. Harold recalls there were soldiers stationed up at Railway End and at Brafield House. During the 1960s Harold, Eileen and their family moved from May Road to Tandys Close, in a house that Harold had laid the bricks with his mate Charlie Jackson. It was also during the 1960s that the mains sewers were laid in Turvey ensuring flushing toilets were available in all older houses.

Harold had played football for Bedford A team as a 15 year old. He and others organised the Turvey football team and he was also involved with starting the cricket club, being the Captain for a good time.  Harold and Charlie built the brick cricket pavilion.

Gary played professional football for Norwich, Peterborough, Northampton, Scunthorpe and Barnet. Gary’s professional career started from playing for Turvey and Bedfordshire under 14s, leading to a 4 day trial at Leeds United. Don Revie recommended Gary to Lol Morgan at Norwich and he received the telegram inviting him to Norwich for a trial, subsequently Gary left home to live in digs at 15 and his new life in football.  Gary helped Norwich to win the second division in 1971/72 season and hitting the national headlines when he and his wife Sandra, interrupted their wedding to fly down to Luton for him to  play whilst Sandra cheered him on, still in her wedding dress before flying back to their wedding reception!  Harold and Gary still enjoy the occasional curry and spending time together.

“The little school that was opposite the bottom of the alley, you know, the teachers’ name was Miss McLean, what else, can’t think.  I always remember there used to be two ladies, I think they were quite well off, and they lived up Turvey station, on the house that stands right back, you know where you go in, where the little house is, there’s a roadway up there, they lived up there, they, what do you call them?  Interviewer: the Argenti’s?  Argenti’s, yeah. They lived at there, and they used to come down occasionally, with a great big bag of sweets, toffees, always come down on a Friday and we’d be there, but they used to throw them on the floor, we had to scramble for them. I remember, they come in there with a great big bag of what she’d bought in the shop, these two ladies. And they come down often, sweets for the kids, yeah.”

“We thought it was marvellous when me and my wife moved up here, we’d got a bathroom, we’d got a flush toilet, we got all that.  Oh, it was like moving into a palace after them old houses. You fancy after that, houses up there, after the first world war, they built all those houses up there, they built them all over the village, all over Bedfordshire, with no toilets, no flush toilets. We had to dig a hole in the bloody garden!” 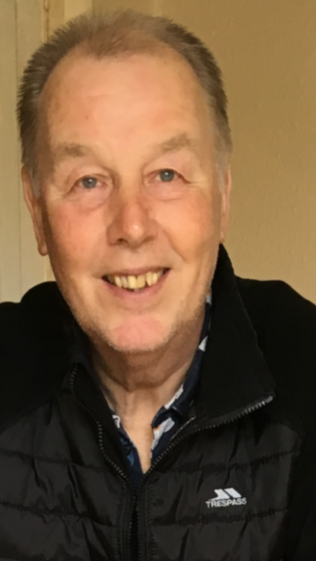 Gary remembers the events of his wedding in 1974.

“… So anyway, we both agreed, you know, that we would do it and we got married at twelve o’clock in Norwich on 27th January 1974 and straight after the service there was a car to meet us at the church to drive us to Norwich airport. She was still in her wedding dress, we then flew to Luton airport where a Bedfordshire Times reporter was waiting, picked us up, drove us to the game, we got to the game five, ten minutes late and there was people in the streets, there was the biggest crowd I can remember, there was one uncle   didn’t come to the church he came to the football to see me there! And poor lad who went on, who had to start the game, Ray Silas, was dragged off after ten minutes so that I could go on, and we had a quick drink after the game. Sandra was there in her wedding dress with scarf on and a blooming rattle!  Harrold:  Sitting in the stand, wasn’t she, in her wedding dress?  Gary:  Yeah, and the car was there, took us back to Luton airport and flew us back to Norwich and back to the reception afterwards.”

“I remember I used to cut the outfield on the tractor when I was … because I started playing cricket for Turvey when I was fourteen but before then I would help them do the ground, him and Bill, and I would cut the outfield.  But we kept the tractor, if you’re up Carlton Road right opposite May Road, those houses in there … that was a farm. There was a farm in there before those houses were built there, and in there we had a shed, didn’t we … where we kept the tractor. And a right rickety tractor it was.”