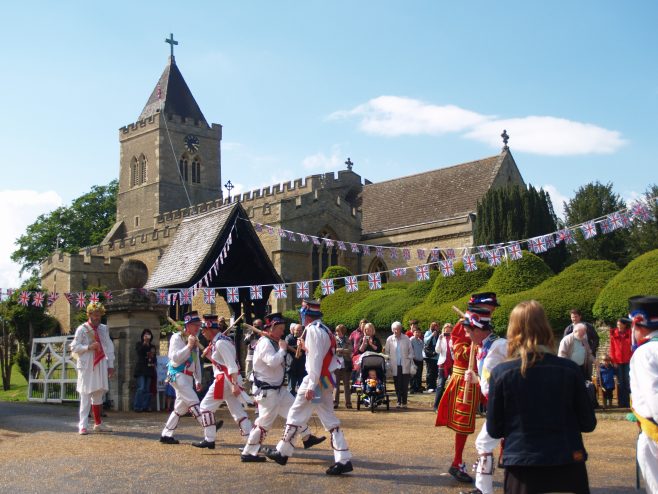 Turvey has celebrated Jubilees and other royal occasions over the years in many ways, and Turvey History Society has a collection of photographs, personal reminiscences and accounts of events on our website.

In 2012 the village celebrated the Diamond Jubilee of Queen Elizabeth II with a flower festival at All Saints Church, Morris dancing by the War Memorial and even a zip wire experience for teddy bears from the church roof! Central Stores had a patriotic window display, and several houses sported bunting. 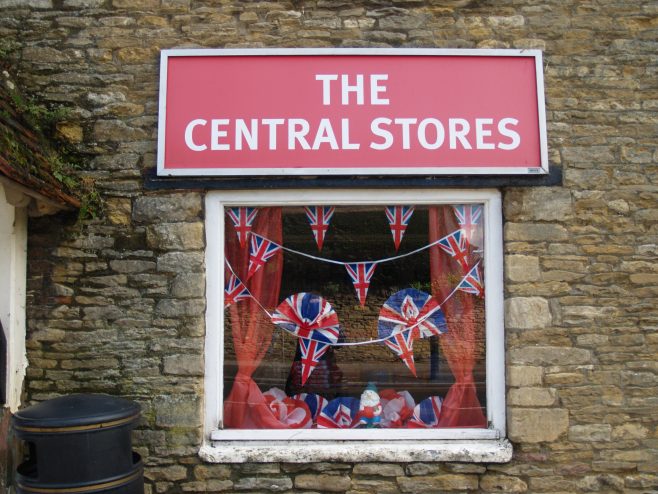 Ten years earlier, the Golden Jubilee in 2002 was celebrated with a family party on the recreation ground. There were games and races for children, and the highlight was helicopter rides offering an aerial view of the village. 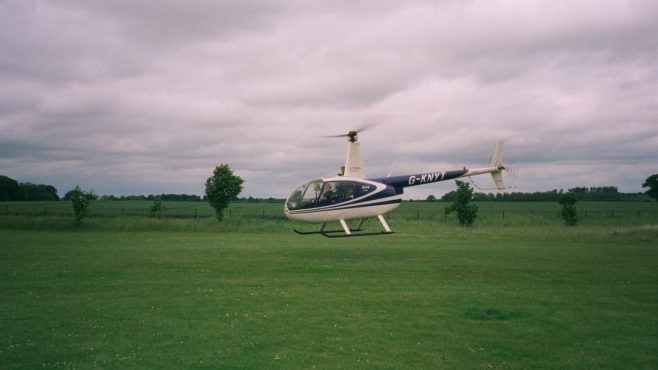 We also have a few photographs of the tea party for over 60s in the village hall for the Silver Jubilee in 1977, and a programme for the Jubilee Fete. 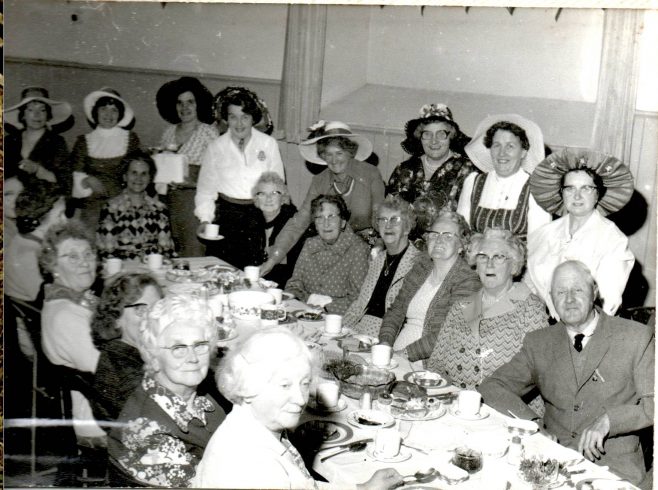 Going further back, the village celebrated the Queen’s Coronation in 1953 in style over 1st and 2nd June. On the Monday, there was an interdenominational service in the church, and on Tuesday there was a fancy dress parade, a comic football match, children’s and adult’s races, teas, an exhibition of ballet dancing, a whist drive, social and dancing. We have oral reminiscences of these events from Pauline Cameron and Janet Cockings in the Voices section of our website. We also have a copy of the programme of events, including a note ‘Adults taking tea are requested to bring their own cup, saucer and spoon’!

The earliest reference we have to royal connections with the village are with the second Lord Mordaunt; his second wife, Joan Farmer, had been in service to Princess Mary who became Queen in 1553, and he attended her coronation, and her wedding to King Philip of Spain. His tomb is in the north aisle of All Saints Church, and there is more about the history of the Mordaunts here.

Queen Victoria’s Golden Jubilee was celebrated in 1887 in style in Turvey. Reverend Munby, Rector of Turvey, described the church bells being rung at four in the morning, waking the villagers who put out flags and streamers to decorate the village. A procession of bands and various clubs and societies in the village walked from the Buckinghamshire border to the Cross for a thanksgiving service at the church. This was followed by a meal for ‘some six hundred people’ with ‘the gentry of the parish waiting upon and attending to the wants of their humbler neighbours’. After this there was a tea for two hundred and fifty children, and then sports and games in Turvey House Park.

In the early 20th century, the Argenti family lived at Picts Hill. Family members kept extensive diaries, and eleven-year old Marigo describes going to London to watch the Coronation Procession for King Edward VII in 1902, and the party held at Picts Hill to celebrate the occasion. She later describes the Coronation of George V in 1911, and another diary records the coronation of George VI in 1937.